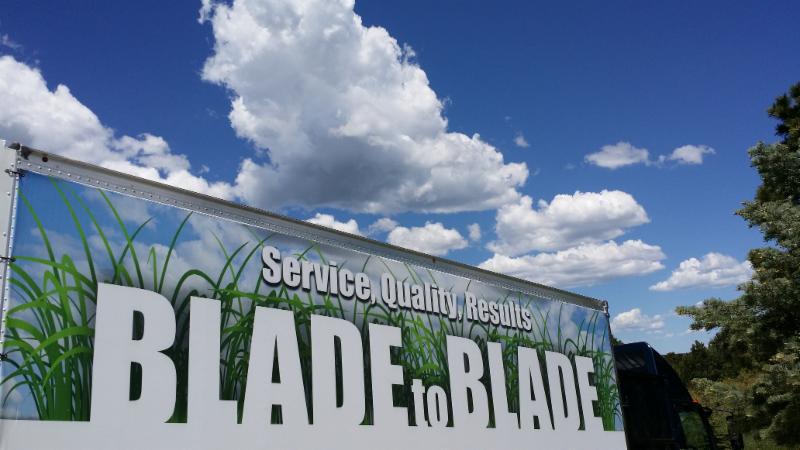 In the Fall of 2017 we recognized that there was a problem in how we were providing fertilization for our customers. We were heavily dependent on mechanical means to fix issues in our customers lawns and we also recognized that our customers would call us in the spring to ask us to “come get their lawn started” for the season. After several years in business this seemed like it was unsustainable, unnatural and dependent on us to make things work. This method of doing things was questioned which set us on a journey that led us to a farmer, more specifically a soil consultant that we spoke to told us about his methods of advising his clients on  how to have successful productivity would in time forever change how we view the turf we were trying to improve. It took several years of trial and error, studying material that focused on soil chemistry and microbiology and listening to pioneers, experts and advocates in the fields that span several industries, fields of endeavor and interests we came to the conclusion that we were approaching everything wrong and that we were actually doing things the hard way. This is what we discovered:

There are two distinct methods of making the lawns green, The synthetic method, using man-made products that are produced using artificial means of mimicking nutrients that occur naturally and the biological method, often referred to as organic or regenerative biological as we like to call it. The problems that we were discovering doing things with synthetic products led us to understand several disfunctions that were being caused from soil compaction to overgrown thatch, weeds, lawn disease, insect damage and ever-present stress. You are familiar with several of these problems as they are manifested in core aeration, power raking, high water bills, routine applications of herbicides, etc. What we discovered is that we were not solving problems but rather servicing the symptoms of a failing system and perpetuating it. Here is what is actually causing the problems:

All of these add up to expenses that are hidden on the back end of synthetic use. They are expensive and they are the direct result of using synthetic products and YOU ARE PAYING FOR IT!

Now on the other hand you have an option to escape these problems that you have been dealing with your whole life. In the biological method our focus is significantly different as we are not feeding the plant but rather feeding and enabling the soil. In nature there is a relationship between the root and the soil. Actually it is best to view the plant and the soil as one rather than separate components. They function as one in a harmoniously symbiotic relationship feeding, protecting and growing together. Carbon is the currency of the microbes that gather nutrients from the soil and give them to the plant. The plant in turn provides carbon and carbohydrates that the microbes use to feed and grow on and the cycle of life continues, perpetuated by natural forces to create a self reliant, self sustaining existence. Here are some of the benefits of the biological method:

The results with deep and adequate irrigation produce a remarkable turf that is the pride of the neighborhood. This system is not immediate as you have to build the biology in the soil that has been destroyed by chemical use but as you make progress the truth of biology begins to shine through. When you arrive you have a beautiful example of what biology can do! We would love to show you our method and give you the lawn that you have never had before. Please contact us for more information and we can get you moving in the right direction!