Observe the Masses and do the Opposite 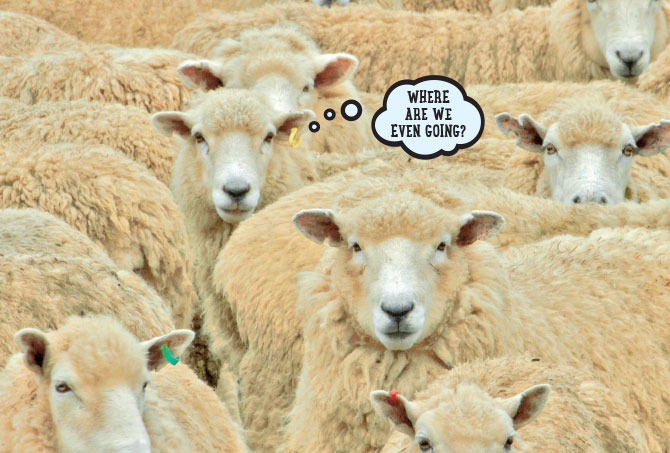 J. Paul Getty, America’s first billionaire was quoted as saying, “Observe the masses and do the opposite”. He was referring to conventional wisdom and how it can be a distraction from the truth. What makes its deceiving is that the masses are all doing the same thing so they are feeding each other validation by watching each other do the same things. The few who have the instinct, intuition or have really good timing and direction tend to pull ahead of the masses and succeed. Sometimes you just have to do things differently. When I started my business back in 2000 I didn’t know any better and I had a very fortunate meeting with someone that was in the agricultural industry that set me straight. We had a conversation that was completely unrelated, or so I thought about soil and how it affects what grows in it. Seems logical right? What was not so obvious was that I was using a method that destroys the microbial life in the soil which is responsible for getting the nutrients out of the soil and into the plant among other things. I did a lot of studying, which is what he told me to do. So, after 5 years and over 500 hours of research, studying and poking around in the dirt we have developed a system that corrects all of the problems that are typically regarded as “normal” but are really symptoms of a dysfunctional soil which are the result of an arid climate, inorganic soils and the use of synthetic fertilizers. We have learned to overcome this and  heal the soils so that they can function naturally and yield a less troublesome lawn. It is really cool, especially if you dig chemistry and biology!