The Abundance of Nitrogen 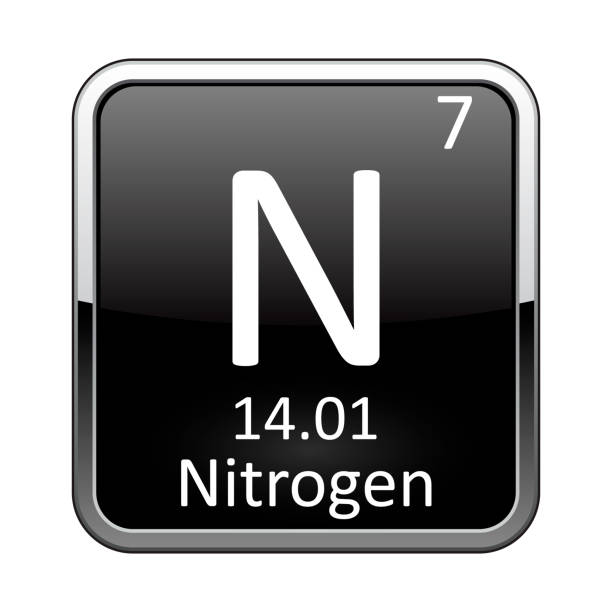 If you have a lawn that you take care of you are well aware that every year, several times per year you apply a granule form of fertilizer that contains nitrogen or N. This is done in the belief that there is a shortage of nitrogen and that it is not possible to get the lawn to do what you want it to do without doing so. This is primarily responsible due to us sterilizing the soils of microbiology with synthetic nitrogen. Synthetic nitrogen was invented in Germany by a man named Fritz Haber in a process that is called today as the Haber-Bosch process. This involved a high temperature process that pulled nitrogen out of the atmosphere and put it into solid form. This made its way to the US in the 1930’s and at the time was a revolution in agriculture that saved many lives. The problem however is that because of it’s inherent nature of being a salt it impacts natural means of nitrogen fixation in the soil by bacteria thus disrupting a natural ability for the soil to use already available nitrogen in the environment through the heterotrophic bacteria that should be present in the soil. This makes the soil devoid of that life and forces the grass to be dependent  on the  artificial act of applying synthetic fertilizer. There are however natural existing mechanisms where the grass can access nitrogen. The first is the grass clippings from mowing. A bluegrass lawn will produce about 2lbs of Nitrogen per 1000ft² of  turf. The next free form of nitrogen comes from rainstorms, particularly those that have lightning associated with them. As lightning, which is plasma bolts through the sky which is around 40,000 degrees breaks the atomic bonds of the Nitrogen molecule which exists as a double atom and forces it apart which then reacts with the Oxygen and Hydrogen in the atmosphere to form molecule of nitric acid. There are over 32,000 tons of nitrogen above every acre on earth and when this occurs it literally dumps liquid nitrogen in solution to the Earth which is why is looks so green after a violent rainstorm. It is getting fed! The next form of nitrogen is just floating around in the air as 78% of the atmosphere. You and I are breathing it as well as your lawn but it is completely useless unless there are bacteria that can turn the Nitrogen into NO3, nitrate which is an organic form of nitrogen which is the same form of nitrogen that is in composted material which is highly available to the plant. So as you can see, there are FREE forms of Nitrogen if you enable your lawn to receive them and you can reduce or sometime eliminate the input of syntetic Nitrogen which is destroying your soil and costing you time and money!